History of the Norbertines 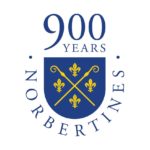 It was on Christmas Eve in 1120 that the first Norbertines – around 40 in number – made their first profession in the Valley of Prémontré,  a town in France. Led by Saint Norbert of Xanten, the order was founded as the Canons Regular of Prémontré (the Norbertines’ official name).

In 2021 – 900 years later – communities all over the world will be celebrating the inspiration of St Norbert, who started out as a frivolous and worldly cleric but was changed by God’s grace into a powerful preacher and an important reformer of the Church during the early 12th century. 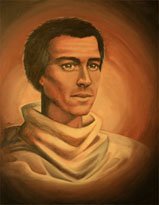 St Norbert (c. 1075-1134) was born in Xanten in Germany, the third son in his family which was wealthy and related to the emperor Henry V.

A nobleman, courtier, ascetic, legendary peacemaker, and an exemplar of the apostolic way of life, he was a priest of the Catholic Church who founded the Norbertine order in the 12th century. He built the order on the basis of love, selfless sharing and radical hospitality.

A brilliant student during his years of study, Norbert spent most of his early life enjoying the pleasures of the Imperial Court. At that time Church affairs were very much under the influence of the wealthy nobles who formed the government. Norbert came to realise that it was important for the preaching of the Gospel that the Church should be free from such influence.

A brush with death caused him to reassess his life and at the age of 35 he heard God calling him to the priesthood.

Norbert’s conversion was characterised by the event of being thrown from his horse in a thunderstorm, an incident which similarly prompted St Paul’s change of heart. This conversion filled Norbert with the burning desire to make Christ known and he promptly changed from his former lifestyle and devoted all he had and all he was to God’s service. This meant a life of prayer and penance and subsequently Norbert was ordained a priest.

Norbert’s ministry of preaching culminated in his being sought out by Bishops to help reform the clergy of his day, so that they too might be effective ministers and preachers. Unfortunately, they were disturbed by this reform and found it difficult to change dramatically. They resisted all that Norbert attempted. Norbert’s preaching had attracted some followers, and with these he went to the valley of Prémontré, and thus became the first Norbertine or Prémontstratensian Community; a small group of people committed to the teachings of the Apostles, to the Eucharist, to prayer and to common life; ideals which Norbertine Communities still profess. So, at Christmas 1120 Norbert’s first followers put on the white habit of the Order. The Order grew quickly and within 30 years there were 100 abbeys of the Order in Europe.

In 1126 Norbert was appointed Archbishop of Magdeburg and Chief Bishop of Germany. He had a reputation for being a skillful and inspiring preacher and was also a person who tried to make peace between the many warring princes and people of the time, even to having his life threatened.

Tongerlo Abbey in Belgium was founded before his death in Magdeburg, Germany, on June 6, 1134. It was from that Abbey in 1924 that the Norbertines founded the Holy Trinity Abbey in Kilnacrott, Ireland.

In 1959, three Norbertines from the Holy Trinity Abbey in Kilnacrott made a foundation in Western Australia. Read more about how the Norbertines built St Norbert College in Queens Park.

In December 1995, the Norbertine Canons at Queens Park became an independent community of the Norbertine Order – the final step in becoming a fully fledged ‘Canonry’. On that day the community elected its first Prior de Regimine – Fr Peter Joseph Stiglich O Praem.

St Norbert was a great devotee of the Eucharist and Our Lady. In all his efforts as peacemaker and preacher, he kept these two great devotions of the Church before him. It was once said of St Norbert that ‘he was prepared for every good work’.

St Norbert’s legacy of the Norbertine Order continues to flourish, with Norbertine Canons in Europe, the United States, Canada, South America, Zaire, South Africa, India and Australia are involved in all types of good works including education, parochial ministry, university chaplaincy and youth work. St Norbert College in Perth is the only Norbertine-run and owned school in Australia. St Norbert’s statue appears above the Piazza colonnade of St Peter’s Square in Rome.