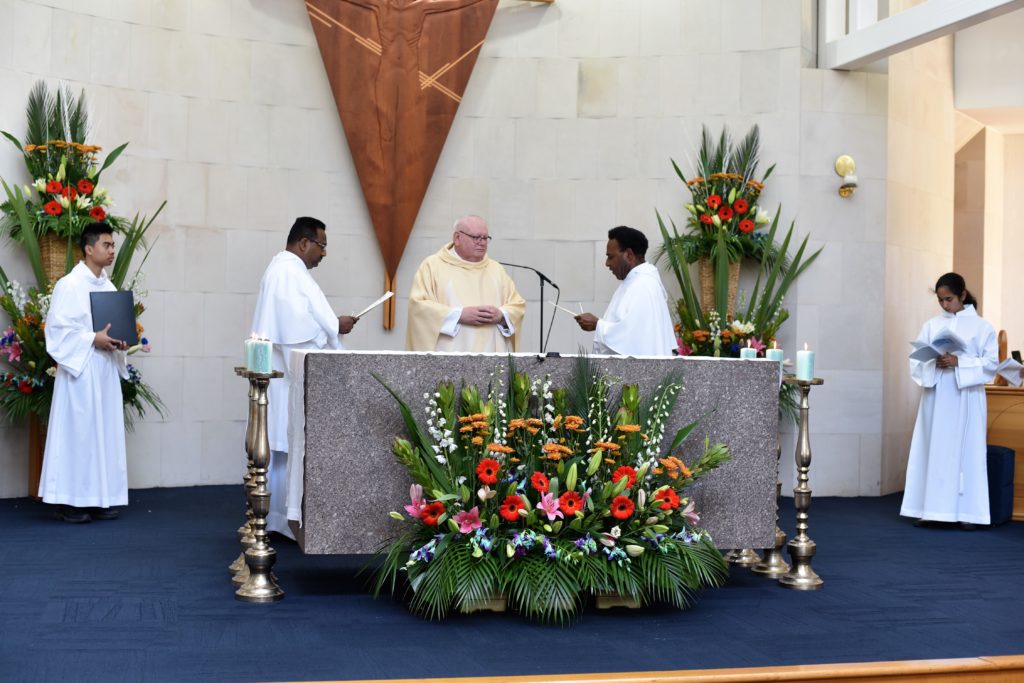 2021 was full of significance for Australia’s largest Norbertine community, based at St Joseph’s Church and St Norbert College in Queens Park.

Like Norbertines around the world, the Perth community celebrated900 years of the founding of the Order. And of added significance at the end of the year was the professions of three brothers.

The Professions were celebrated during a Solemn Eucharist, followed by a reception.

Many members of staff and students, both past and present, attended. A prominent figure in the Norbertine community and the last of our founding fathers Fr Stephen Cooney, who is now in his 90s, enjoyed the celebration and the coming together of the Parish and College community. The whole St Joseph’s Parish Choir combined to make the liturgical celebration uplifting, attracting the active participation of the congregation which filled the 500-seat church.

The brothers were fortunate to be joined by their spiritual directors and priests from the Diosese as well as colleagues and friends from Notre Dame University. The event was live-streamed to their families in Malaysia and Papua New Guinea and also to Norbertine communities in America and Germany. Prior Fr Peter’s own family and friends tuned in from Melbourne.

As part of the ceremony, Brothers Kenneth and John – in a prayerful position called “prostration” – lay face down with their head in their arms in “humility and submission to the will of God” during the Litany of the Saints. 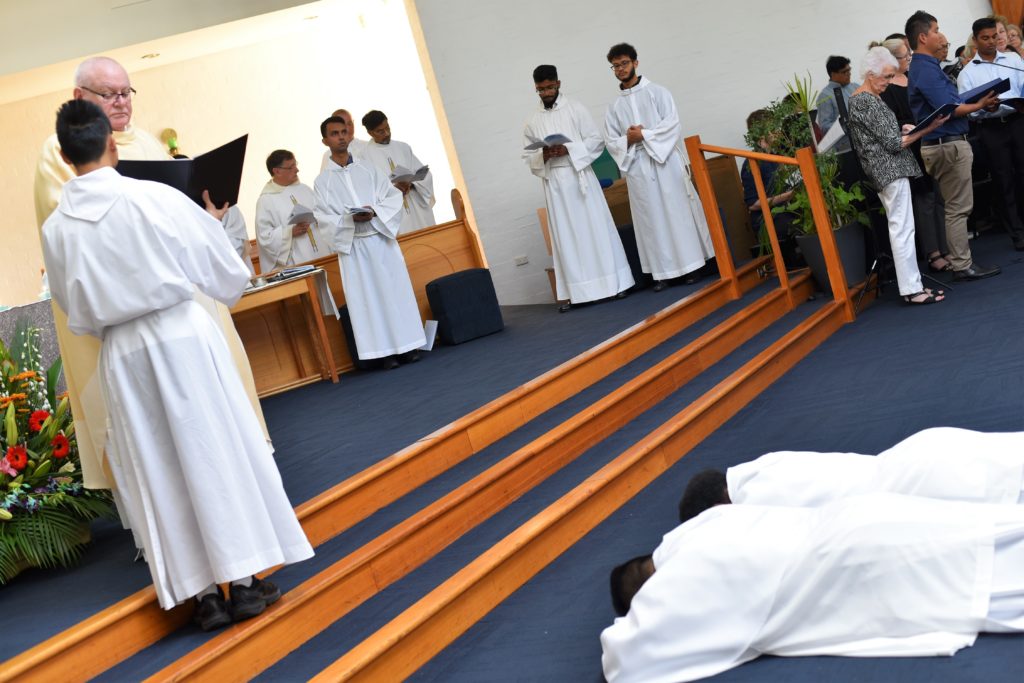 Principal Celebrant, Fr Peter, said these significant steps taken by the Brothers on their journey to full incorporation into the Order heralded a new era for the Norbertines of the Canonry of St Joseph in Queens Park. The professions coincided with the 900-year anniversary of the founding of the Order by Norbert of Xanten in 1121. 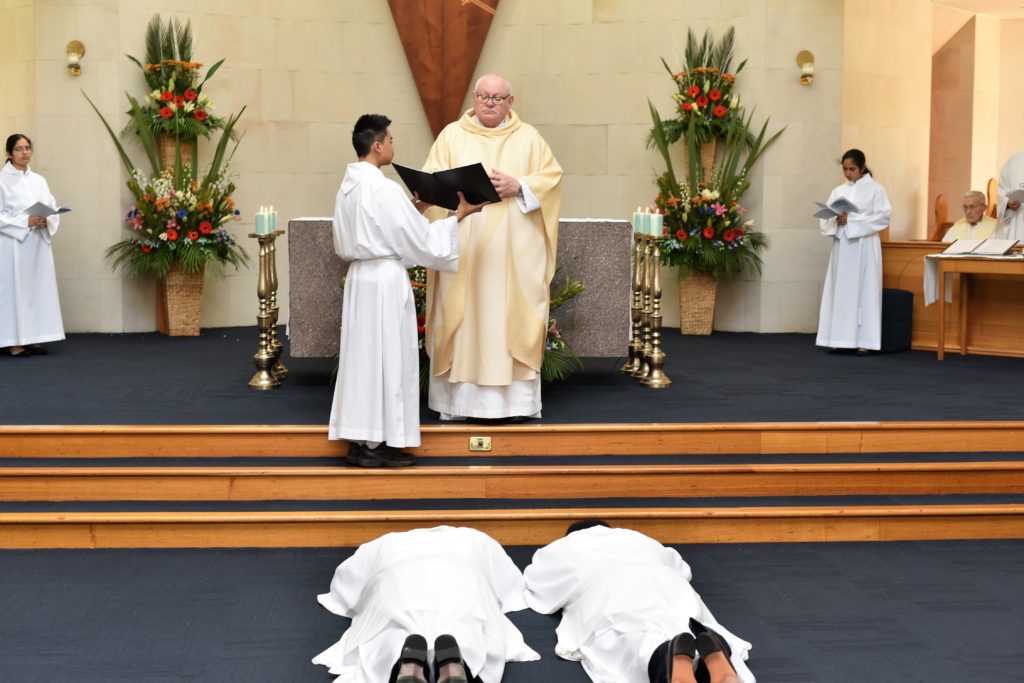 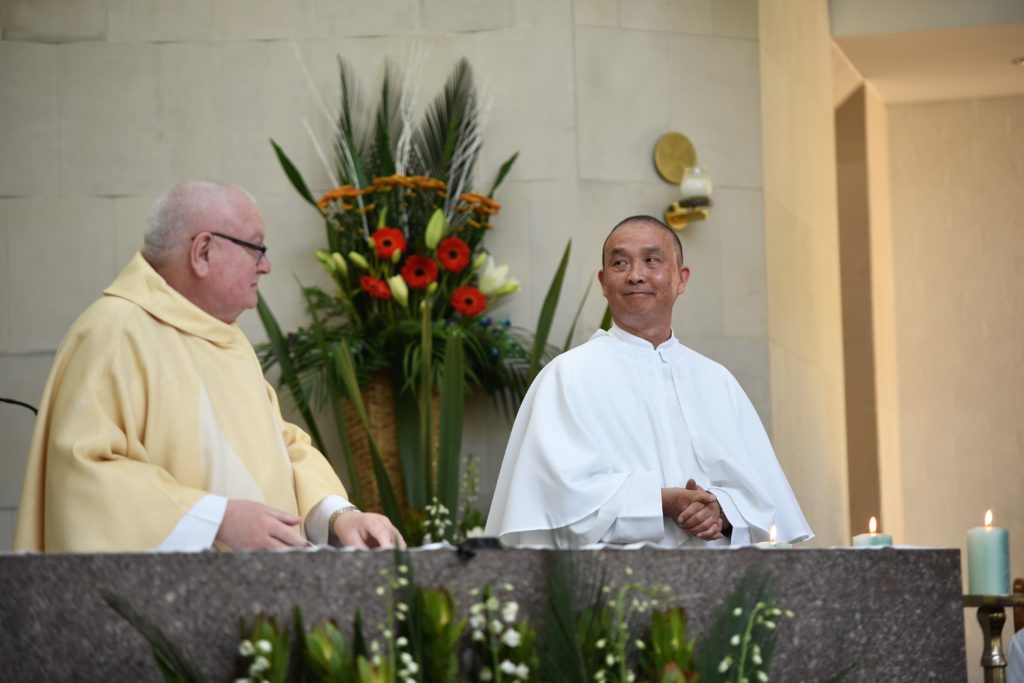 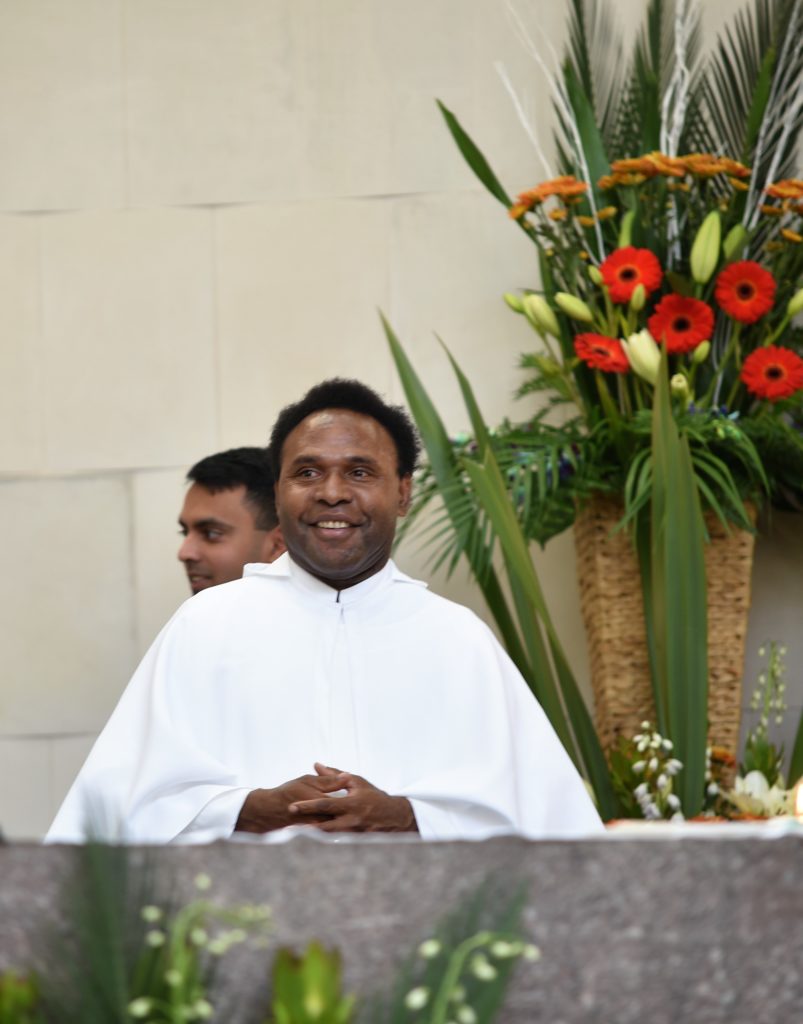 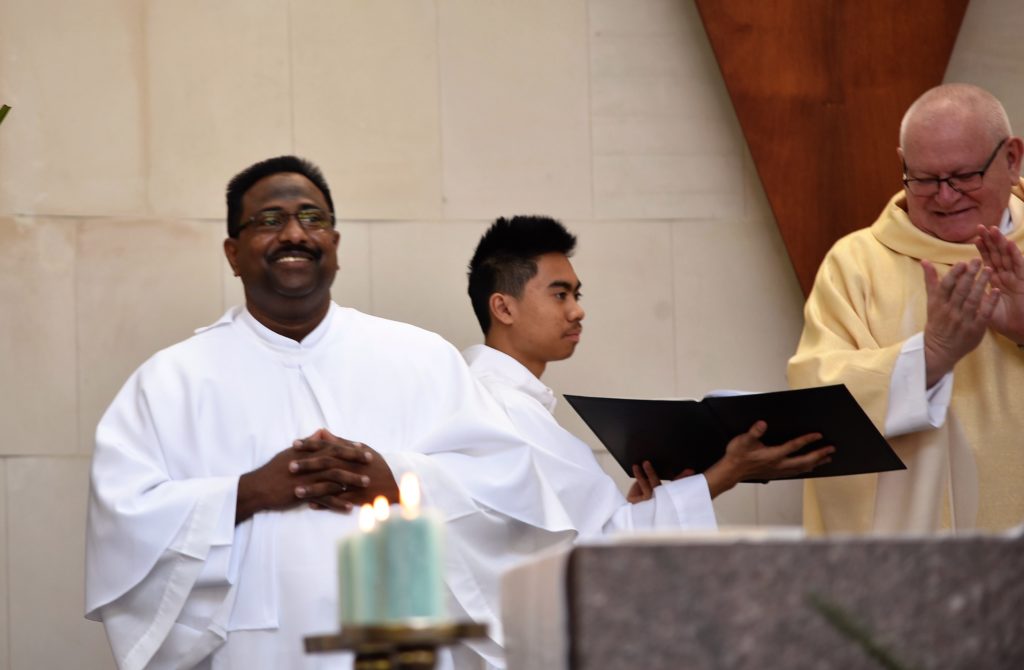 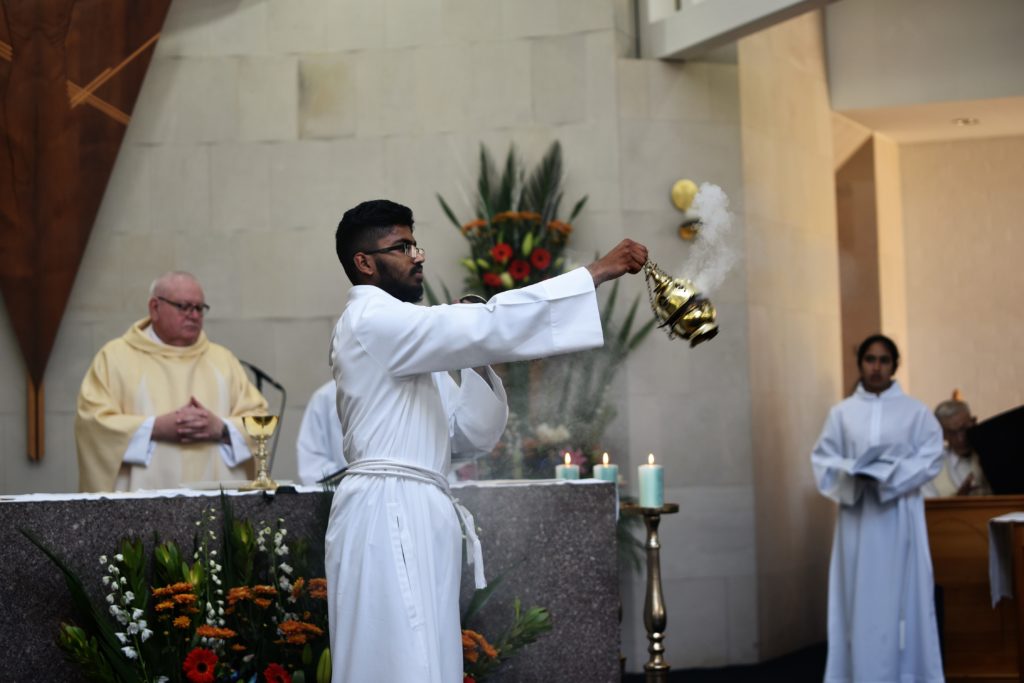 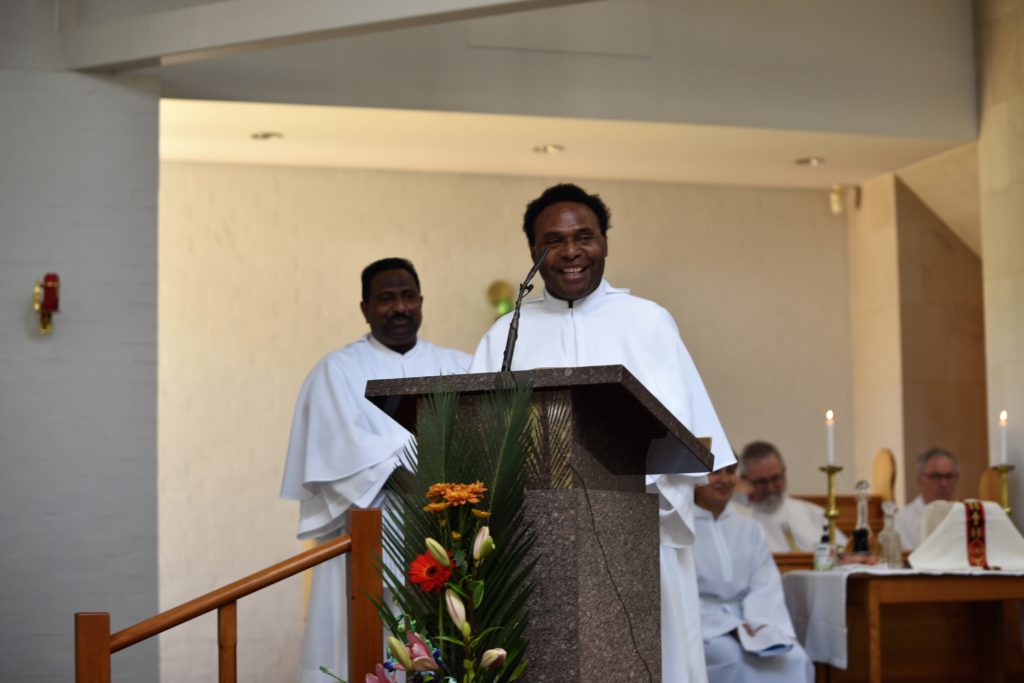 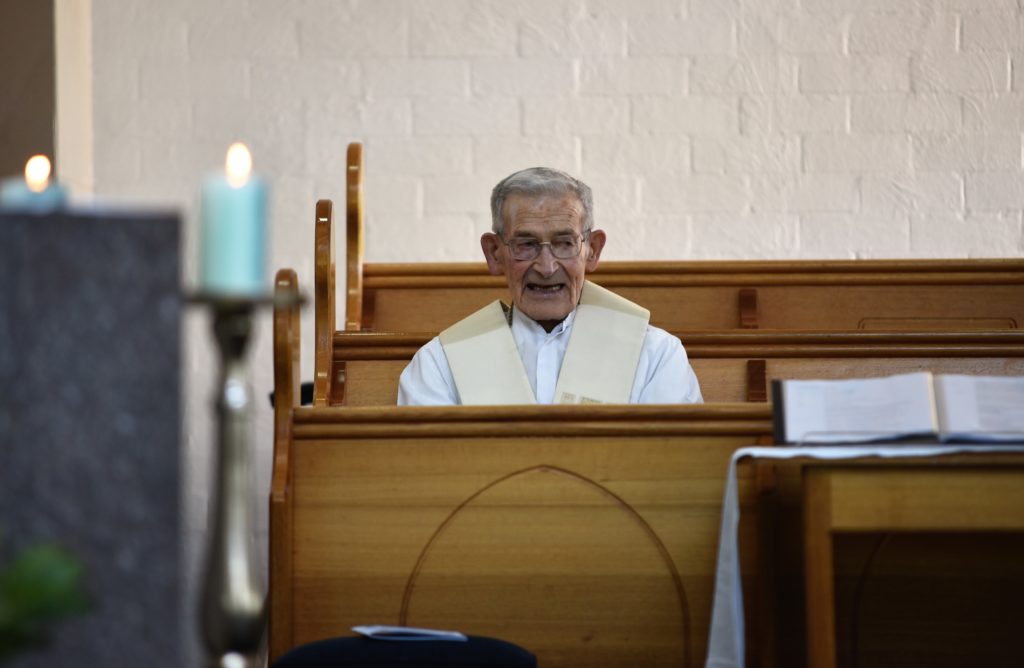 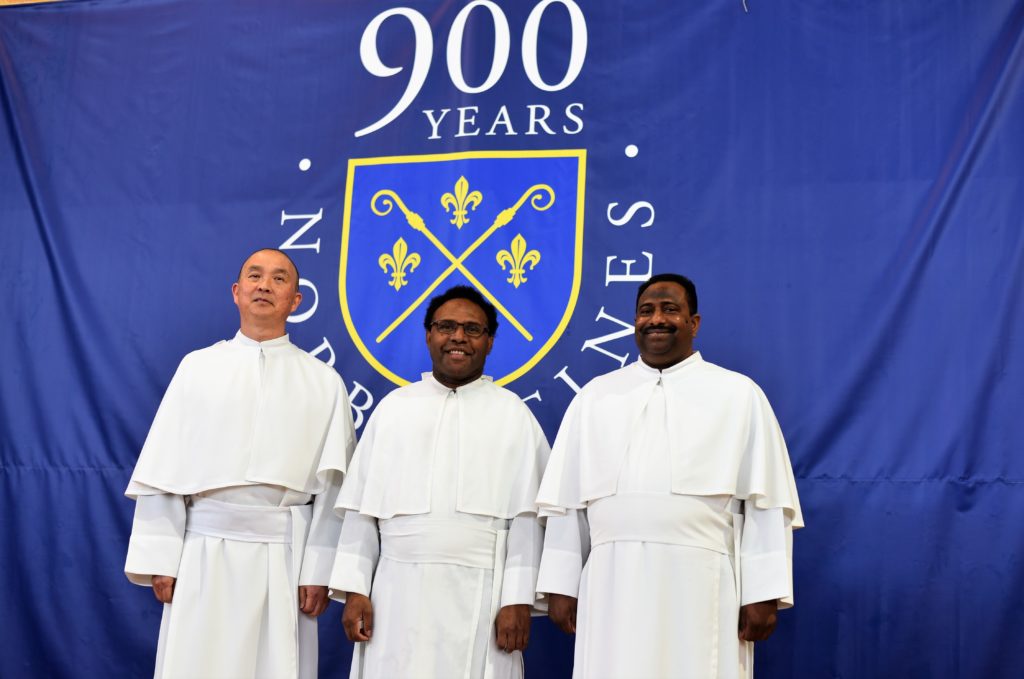